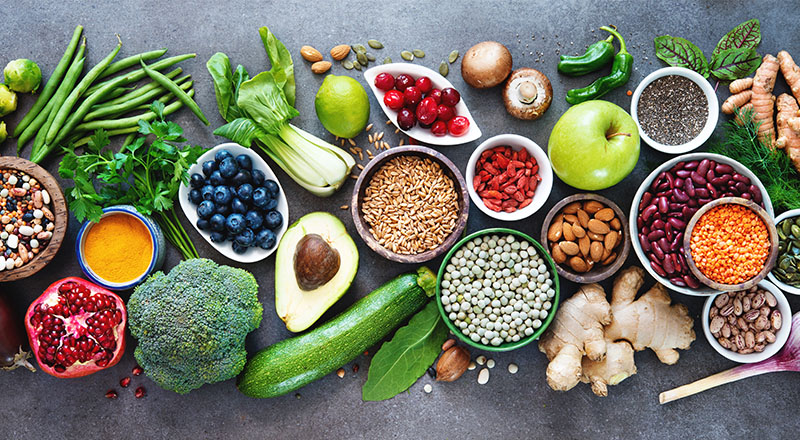 Organic refers not to the food itself, but to how food is produced. Organically grown means foods are grown without the use of synthetic pesticides and fertilizers. Organic foods are minimally processed, many without added artificial ingredients, preservatives or irradiation. In addition, organic includes foods without genetically modified organisms (GMOs).

Sustainably produced
Organic is a better choice for the planet because it is a more sustainable form of food production, maintaining nutrient-rich soil quality. Organic foods are grown in a manner that creates a healthy and balanced environment, allowing plants to grow with the forces of nature, not against them. Organic farmers are committed to the sustainability of the environment. By maintaining healthy soil and using innovative techniques in pest control and soil management, farmers are able to obtain the yields they need without using the pesticides that pollute our food supply today.

Not grown from GMO seeds
GMOs are living organisms which have had their genetic material artificially manipulated in a laboratory. This process results in combinations of plant, animal, bacterial and viral genes that do not occur in nature or through traditional crossbreeding. The fact that the method is not natural, and the result does not occur in nature, is cause for concern to many consumers. Organic foods will be free from GMOs, since organic farmers will not knowingly purchase genetically modified seeds.

Always remember that you have a choice. In purchasing certified organic foods, you pay for quality, flavor and nutrition, not chemical residues.